More on the Lucky Face Scam

Nearly ten years ago I wrote about the Lucky Face scam performed by Indian fortune tellers. You can check out the original blog post here. 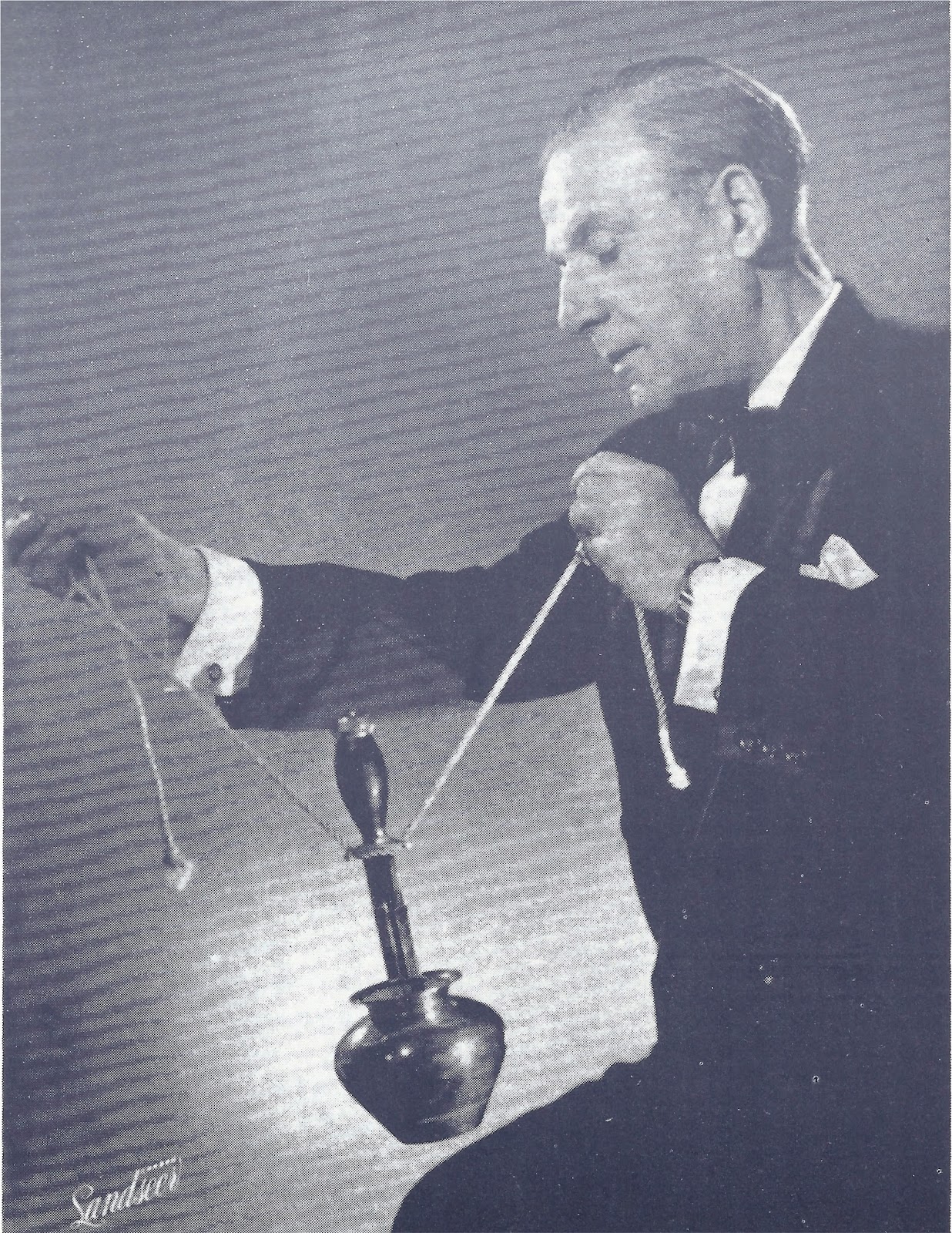 I wondered how long it had been going on and the answer seems to be decades. At least back to the 1930s. This information comes from an article written by magician Eddie Joseph. It appears in The Linking Ring magazine for January 1932 (Vol 11, No 11). The article is entitled The Miracle Workers of India and part of it deals with the routine used by fortune tellers. It's the Lucky Face scam. Here is Eddie Joseph's account of the scam:

"Try your luck Sir. Very good Fortune Teller. I see by your face that you are a very lucky man. Two girls like you but you like only one. I can tell you everything". With these words the Fortune Teller will follow one on the main roads of the larger Cities. His stock in trade consists of three or four books, a board, two sets of dies, his business card and a bundle of credentials. His business cards bear the words "TRY YOUR LUCK" and then follows his name.

He will produce his credentials one by one to support his claim regarding his capabilities. He is a great student of Human Psychology. He moves about his business very slowly which tends to add impressiveness to the whole proceeding. He begins by handing the two sets of dies to his client. Each set comprises of four ordinary dies joined together with a pin pushed through the center. He now invites his client to roll the dies over the board. This done the Fortune Teller gets hold of his pencil and one of the books and starts what appears to be some calculation which only he can understand. When he concludes his calculation he exclaims "that very good!" That's all he says and his client now is made eager to learn what is in store for him but the wily one is too clever for him.

"Will the saheb please place some money on the board—anything you like" he continues and on the sight of the silver disc he asks the party to think quickly of a flower. "It must be a rose" says Mr. 'Know All' when his victim acknowledges it. I must admit that when this interlude was perpetrated on me for the first time I was surprised how he knew the name of the flower I had in mind but subsequently it was explained by another F. T. how this is done. When a person is asked to think of the first flower that enters his mind there is nine chances out of ten that he will think of a rose. When one is askedto think of a flower the F. T. is busy turning over the leaves of one of his books. He stops at a certain page and then remarks casually "to me it appears that you are thinking of arose".

It is only natural that most of my good readers will be laughing now within themselves and if I should have been within hearing distance I would hear the argument "What if the person thought of a lily or any other flower." WELL! WELL! WELL! there is a very small chance of this happening and when it does occur the F. T. is prepared to meet it. He will simply say something like this "Oh it was a Lily? I should have thought of that. I see that your good and bad stars are in conflict with one another and he will then turn over a few more pages of the book as if to impress on the party that his fate may be determined on another page.

In order to afford my kind reader an opportunity to satisfy himself as to the feasibility of this small mental test I request you kindly to break your reading here for a little while and try it on any person who happens to be near you. Just ask the person to concentrate on the first flower that enters her mind and there is nine chances out of ten she will think of a Rose. If however the person thinks of any other flower you can pass it off by saying that the concentration was not sufficiently strong in order to transmit a mental image to you.

The F. T. now proceeds to ask the over-anxious person if he has any relative in a foreign land. Whether the reply is in the affirmative or the negative he is told "Yes I know there is a distant relative whom you have not seen. This man has built up a great fortune the major portion of which will be inherited by you. You shall see with your own eyes the wealth that will come your way. If you will only give me a little more money I will show you. What is a few annas compared to what you will be worth in a short time?"

The fortune teller (F.T.) goes on to perform another intriguing trick, one in which writing appears on Eddie Joseph's palms. And then continues with the Lucky Face scam which Eddie Joseph continues to describe:

But the F. T. does not stop here. Having succeeded in startling his customer to a certain extent he has yet another surprise to spring. "Now what is the greatest ambition of your heart—write it down. Don't tell me" and when this is done the paper is rolled into a pellet and burnt down to ashes. From the ashes the original pellet is later reproduced and a prediction is found written thereon underneath the question.

Here too the Fortune Teller had to depend on the Conjurer's guile to attain his objective. You will of course understand that it was a dummy that was destroyed. Now it only remains for me to explain the appearance of the mysterious additional writing. This was done behind his bundle of books after he had gained possession of the pellet. The question of suspicion cannot arise here as in all appearances he is supposed to be noting on his pad the replies to his questions such as "What is your name?" "When were you born?" and so on.

The foregoing explanations do not by any means exhaust the fund of artifices that are at the disposal of the Mystery Mongers of this country. I have only cited those that are generally employed and hope that it was found to be of some interest by my readers. THANKS.

Eddie Joseph was born and raised in India, later moving to the UK. He repeated the description of the Lucky Face scam in his book Magic and Mysteries of India (Abbott's, 1941) along with many other Indian conjuring and psychic tricks that he was acquainted with.

Quite astonishing that this psychic con trick goes back so far in history and yet still continues today with the same patter, psychology and technique. It must be very profitable indeed.

Someone did catch the opening line on camera as he was accosted by a fortune teller in London. You can see it on YouTube here.